Most of us only associate “copyright” with ® ™ and ©. We won't dive into differences, but they both kinda mean the same thing: you can’t use this logo, name or another branding, or you’ll get sued.

What if you take all of that away and allow anyone to make money off of your art—and even allow them to copy-paste your intellectual property and sell it themselves? It might make little sense at first, but it’s called CC0 (no copyright reserved) and it has seemingly found its niche in the NFT space.

In this article, we’ll show you 8 projects which do exactly that. Before we get into the projects, here’s how CC0 works.

Until recently, NFT projects had two main ways to get around copyright licenses. Look at the difference between two of the most successful projects: BoredApeYachtClub and CryptoPunks (pre-acquisition).

But there’s another copyright license in the game: CC0. As explained above, anyone can basically do anything they want with CC0 art: You can sell merch with their art (not just with the NFT you own), make any sort of derivatives or even use it as the logo for your company. No strings attached.

It might sound like that makes the art worthless, but it’s actually quite the opposite (as you’ll see by the floor prices in this article). If more people use the art, CC0 NFTs often become more valuable.

Why? Well, art often appreciates in value when it becomes more culturally significant. When more people pay attention to it, it becomes more valuable. And CC0 incentivizes sharing the project’s art, creating derivatives or monetizing it.

That doesn’t mean every project should be CC0. There are good reasons for both protecting your intellectual property and completely open sourcing it.

With that said, here’s 8 projects that do CC0 right:

Are you aping, son? Mfers

Mfers are a project by Twitter personality sartoshi. It’s got deep roots inweb2/web3 meme culture. It’s basically the “are you winning son?” meme combined with typical NFT traits from CryptoPunks and other projects.

Currently at a floor of about 2.9 ETH, the project has been growing organically since the launch in Dec 2021. And while many projects have intricate launch mechanics, communities and big teams, mfers doesn’t. Their roadmap is literally “1 mfer = 1 mfer”. People love sartoshi, so they love the mfers.

Want to get a mfer? Check them out below!

The !vibe-ing Cryptoadz launched in 2021 and had their floor price soar to 10+ ETH at one point. Artist Gremplin is a skilled pixel artist and the Toadz are no exception. They convey personality, have a ton of variety (plus a cool backstory) and some parts of the collection even have cool easter eggs.

Cryptoadz are one of the best examples of CC0 working in its favor. Since they launched, Toadz hodlers have been receiving airdrops from derivative Toad projects—including physical “Sockz”.

These other projects increased the value Cryptoadz owners received, which, in turn, drove up the price. This likely wouldn’t have happened with a more restrictive copyright license.

Can’t resist the Toadz? Get one below, starting at 2.5 ETH!

If you measure success by exposure, Nouns might be the most successful CC0 project because millions of people watched their signature pixel art glasses appear in a Bud Light Super Bowl commercial.

Unlike most projects, Nouns don’t have a specific number of NFTs. Every day, NounsDAO auctions off one new noun on their website. And they’ll keep doing it forever.

Nouns have one of the highest floor prices across all NFT collections (not just CC0). That’s because holding a Noun grants you rights to co-govern the project via the Nouns DAO. And with all auction funds going towards the DAO, it’s got one of the biggest treasuries across all DAOs.

That has allowed Nouns to do awesome things, such as:

So while Nouns don’t come cheap at a floor of 69 ETH, it’s a great way to participate in a high-impact project.

Play as your NFT with a Timeless Character

Treeverse is building an NFT-enabled video game—and you can play in it as your Timeless Character. So while these NFTs are awesome creations by artist VIII, each corresponds to a playable 3D character inside Treeverse.

Great art + utility + CC0? Sign me up! With a current floor price at about half an ETH, they’re one of the most affordable collections on this list.

Want an on-chain CC0 PFP? Chain Runners it is!

Chain Runners are completely on-chain, meaning the art is forever enshrined on the Ethereum blockchain. After people discovered how well the art was executed, Chain Runners started to grow in popularity.

Their current floor price is around 0.9 ETH. If you want some completely immutable pixel art, get yourself a chain runner!

Blitmaps started out as pixel art, but has soon expanded their ambitions: They want to build a community-driven storytelling project. Imagine your favorite narrative project, but driven by NFTs, with all decisions made by the community. That’s what Blitmaps aims to do as a project. After launching Blitanauts to act as heroes in their sci-fantasy ecosystem, a villains drop is on the way, with much more planned on their roadmap.

Because it’s CC0, anyone can tell stories within the Blitmaps universe—the perfect start for a new narrative-driven media property. Want to get in? A Blitmap is around 5.6 ETH right now while a Blitanauts is about 2.6 ETH.

Putting land on the chain with Mathcastles

If you don’t know Mathcastles, you’d probably ask yourself what on earth this is about. The art looks odd. But their Terra Forms collection is an entirely on-chain 3D world where every NFT represents a piece.

While it looks like a collection of ASCII characters, Terra Forms have incredible depth embedded in its traits and an active community using the CC0 license to build on the project.

Its current floor price is around 0.58 ETH, but the highest-selling Terra Form so far sold for 702 ETH!

Terraforms by Mathcastles on Rarible.com

Get your In-Game equipment with Loot Project

Currently at a 1.6 ETH floor, Loot Project doesn’t look like much. A few items of clothing, equipment and weapons that read like an inventory from a video game. And that’s exactly the point.

Loot provides guardrails for builders to use in their projects. Because it’s CC0 and completely permissionless, some play-to-earn games have built on these NFTs to allow others to use their Loot in their games.

While there have been many copycat projects, Loot was the first to pioneer this concept.

So if you have 1.6 ETH and want to be ready to play Loot-enabled games, pick one up today! 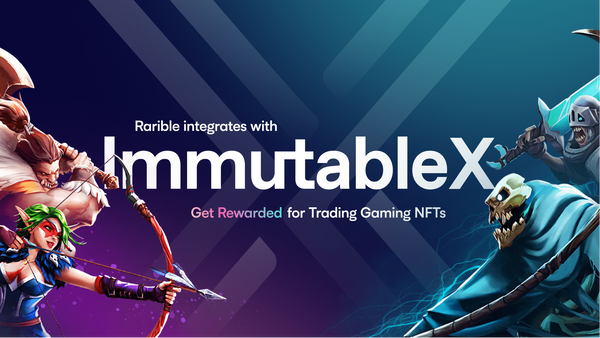 Here's what you need to know about Immutable X, the new gaming-focused L2 blockchain on Rarible — and the exclusive double $IMX rewards program. 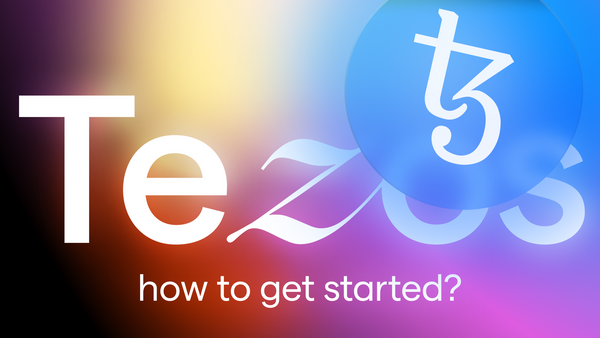 Your journey on the art blockchain starts with this piece. Learn how to get a crypto wallet, purchase $XTZ and explore Tezos NFTs. 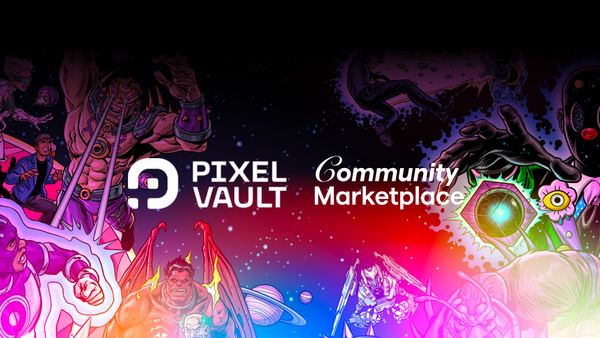 A guide to exploring the Pixel Vault's new zero-fee community marketplace that puts 16 NFT collections under one roof.